Walsh released a 12 track all original music album "A Busy Street" at Dizzy's Jazz Club with seven piece band. It has songs with orchestrations ranging from full rich vocals, piano, drums, bass, guitar, Hammond organ, synths, violin, viola, and cello, to the more sparse sound of just vocals, piano and drums. There has been confirmed airplay of the album so far on at least 25 radio stations including some international.

From the album, "Pool of Love" made it into the final six of the 2008 Nab Songwriting contest, “Love the Third World” received an Honourable Mention in Billboards World Song Contest, and “A Walk by the Creek” has been published in CMV’s songbook “Sing It” in 2015.

In 2015 he recorded 6 Youtube videos of 3 originals and 3 covers. They can be viewed via the Videos link button.

Goals for the future include continuing to build up the repertoire, writing more original material, continuing to improve on blues improvisation technique, promoting the album, performing more and generally spreading the word.

Walsh's music history spans several decades, many genres and music scenes. He has recorded two EPs in that time. He has moved from being a classically trained pianist LTCL, to rock bands to solo synth techno wizard, to making a living from the soul/blues/pop piano bar environment where he dissected, analysed and played some of the best songs written over the past century. Now he is reborn again, still on the piano but now with lots of original music and well as keeping the best from other artists.

“And he’s not just a fine piano player. Greg possesses an eclectic musicial style, ranging from blues, to jazz, to soul and rock, and what’s even better is the fact that he owns an incredible voice.” – Australian Musician Magazine.

"The very special sound of Walsh's voice makes it difficult to compare with other singers." - rootstime.com.be

“vocally he has a classic jazz range with smooth husky undertones” – Melodys Eye On Music. 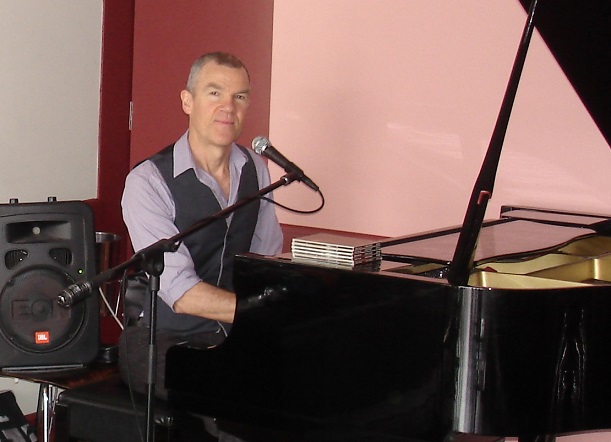